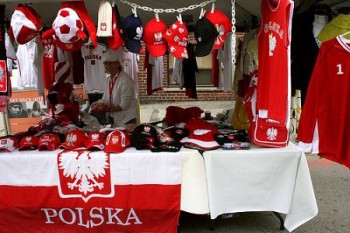 What Heritage Festivals Have in Common

The only difference between the recent Serbian, Polish, and Greek festivals was the heritage they celebrated and the resulting substance; each festival wrapped the same prescription in a different flag and flavor. The festivals had a lot in common:*

Who attended these festivals was harder to tell, but I’d venture to say three groups of people took the time:

In short, heritage festivals showcase ethnic/national cultures to both in- and outsiders, of which the latter are probably in the majority, given the festivals’ locations.

Ethnic/national cuisines, music, dance, wares, souvenirs, and history are visible, external markers of the group they’re signifying. Consuming a culture’s artifacts aims to connect you with your ethnic identity, no matter how diluted it may be or where you may live. To put it crudely, a Slovak heritage festival would remind me I am Slovak because it offers bryndzové halušky, embroidered tablecloths, and key chains with the national coat of arms.

There is, of course, nothing wrong with that. I will continue to enjoy attending heritage festivals whenever I get a chance, and I will try to bring as many people as I can along to expose them to something different. However, heritage festivals offer a limited view of an ethnic/national culture.

By definition, heritage festivals are inherently backward-looking, presenting an ethnic group or nation through its historic elements. In fact, they’re stuck in the 19th century. Heritage festivals showcase a folklorized version of culture, frozen in a reality that no longer exists and that no one but the most elder of our elders can remember.

Attending the festivals reminded me of my visits last summer to Slovakia’s open-air museums of regional villages, which aim to document rural life from pre-industrial ages and which feature collections of buildings (houses, churches, outbuildings) from a region’s villages, filled with furniture, clothes, and household items, as well as craft or dance presentations and tchotchke stores.

What Is To Be Done 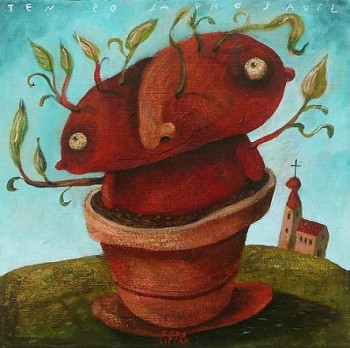 Ethnic groups or nations should definitely work hard to preserve their heritage. It is imperative for their existence as such that they do.

But since the past encompasses the entirety of time that immediately precedes the present moment, more recent cultural expressions, which are altogether missing at these festivals, ought to be included to offer a more accurate, comprehensive view of the culture in question. Though pre-industrial heritage provides a foundation for today, ethnic and national cultures and their expressions evolve over time. I know Slovakia’s has since the age we all wore embroidered pants and ate nothing but doughy dishes and cabbage.

Can a Slovak festival feature paintings by Fero Lipták, a concert by Komajota, or a showing of “The Corpse Must Die”?

* For the Serbian Fest, which I did not attend, I’m drawing conclusions based on media coverage.

** This applies to the three festivals I’m referring to, since exceptions do exist. For example, the Garden State Arts Foundation, which seems to organize a number of heritage festivals in its area, coordinated the recent Slovak Festival in Holmdel, New Jersey. And University of Pittsburgh’s Slavic Studies Program is putting on the upcoming Slovak Heritage Festival in Pittsburgh, Pennsylvania.