Portland’s book and literary festival Wordstock is taking place this weekend. This year’s theme: “America Is a Story That Never Ends”. In the event brochure, Wordstock Executive Director Greg Netzer wrote, “America is a biography of who we are, and a dream of who we want to be. This year’s festival is devoted to such stories of American experience.” 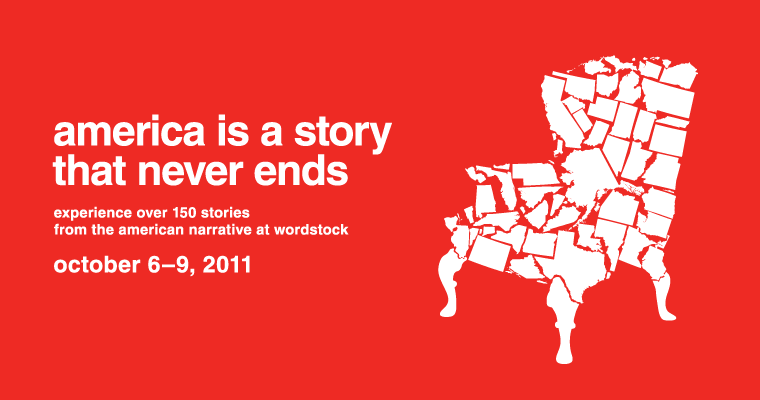 How apt for American Robotnik! I am attending both days, to hear writers, foreign-born and natural-born alike, talk about their own (and their characters’) challenges in the new country.

The title of this post comes from a Saturday panel, in which writers Eduarto Halfon (born in Guatemala), Rahul Mehta (born in the U.S. to India-born parents), and Bharati Mukherjee (born in India) shared the stage with moderator Clark Blaise, a Canadian, to share their experience straddling cultures and languages.

The panel description was straightforward:

Is homeland where you were born or where you live? This panel explores a quintessential American experience—the search for identity for by those caught between multiple cultures.

For Mukherjee, becoming a writer in the U.S. and writing in English freed her. Compared to her native Bengali, which is formal and only allows for the expression of proper ideas, English allowed her to be whatever she wanted to be.

More challenging for her was becoming an American citizen. Having recited the oath of allegiance, she wondered “how exactly does the immigrant renounce her earlier self without any mental reservation or purpose of evasion?”

Turn of the 20th century immigrants who arrived stateside as political or economic refugees, wanted to and could forget where they came from because of the various hardships they were escaping. The oath spoke to them as they were hungry to remake themselves in the new country’s mold.

But, Mukherjee asked, what of people who have no intention to willfully erase their heritage, the memory of the land they came from? The immigrants arriving at the turn of the millennium desire to remember their roots just as much as they desire to be a part of their adopted land. For Edwidge Danticat, whom Mukherjee quoted, that is precisely the advantage of being an immigrant: two countries are forced to find a common place in their brain and merge.

Indeed, Mukherjee concluded, the fusion of energy immigrants have to contend with, as they blend their mother and stepmother tongues, makes for the incredibly energetic vitality in contemporary literature and its language. And, I would add, in contemporary America as a whole.