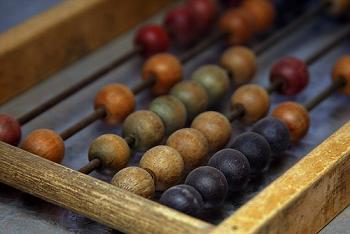 The answer—somewhat easier to find than the one to “How many Central Europeans does it take to screw a light bulb?”—must start with defining a Central European: s/he is an individual born in Central Europe, living in the United States, as an illegal alien, a legal permanent resident, or a naturalized citizen. The key here is foreign-born; people claiming ancestry in a Central European country don’t count.

Which brings me to the thorny issue of defining Central Europe. I say thorny because the definition is rather vague and shifting. In fact, there are probably as many definitions of Central Europe as Central Europeans, as this recent debate demonstrates. While I will address the definition of Central Europe at length in a later post, for now I take Central Europe to be the following countries: Estonia, Latvia, Lithuania, Poland, Czech Republic, Slovakia, Hungary, Slovenia, Croatia, Bosnia-Herzegovina, Serbia (minus Kosovo), Montenegro, Macedonia, Romania, and Bulgaria. That is, roughly, the latest European Union entrants from the former Soviet bloc plus the countries of the former Yugoslavia.

The 2010 Census did not include questions on the foreign-born population. After 2000, data on the foreign born are available only through the American Community Survey and Current Population Survey. —U.S. Census Bureau

Beautiful datasets (2009) are available at AmericanFactFinder.gov.* The fancy pop-up interface makes filtering easy, but not without quirks, some of which, admittedly, have to do with our region’s tumultuous history. For example, Estonia is nowhere to be found and thus missing from the count; Czech Republic appears separately while Slovakia is included in “Czechoslovakia including Czech Republic and Slovakia” and there is a separate entry for “Czechoslovakia”; and Yugoslavia gets a treatment similar to Czechoslovakia, with Slovenia and Montenegro missing as separate entries. (The combined population of the three “missing” countries is about 4 million, which is 3% of the Central European countries’ total of about 120 million.)

…To One Point Two Million

As you can expect, Poles represent the biggest group among Central Europeans in America, at almost half million; transplants from Romania come a distant second at 163,000; and people from Bosnia and Herzegovina third at 116,000. My own “Czechoslovakia” + “Czechoslovakia including Czech Republic and Slovakia” (and not including “Czech Republic”) counts some 93,000 heads in the U.S.

This is as close as I can get to answering the question from the open. At the same time, total counts of Central Europeans in America only scratch the surface of the treasure trove of data courtesy of the United States Census Bureau. I encourage you to play at AmericanFactFinder.gov and share your finding in the comments.

One Response to “The Central European Headcount”