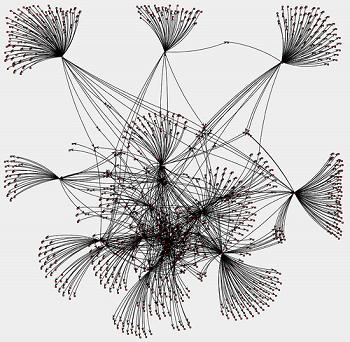 “It’s not about who you know but about who knows you,” says a business adage. No matter how extensive or impressive your contact list or how many names you can drop, if you aren’t on anyone’s mind for yourself or your service, business success will elude you. Settling in a new country is like that.

The post’s title is a line in “Peg of Old”, the 7th episode in season two of the HBO show Boardwalk Empire. In a main storyline, Margaret Schroeder, an Irish immigrant living in Atlantic City, seeks to reconnect with her siblings living in Brooklyn. For a back-story reason, her brother Eamoinn makes it clear he doesn’t want her in his life. The damning statement comes when he tells Margaret, “Go now, back to your own place. There’s no one here who knows you.”

In those brisk words Eamoinn tells Margaret she has no footing in his community, no one to turn to. She is a stranger there who doesn’t belong. Sure, he and her three sisters know her, but that isn’t enough.

The more networks you’re a part of, the better off you are.

Eamoinn’s conclusion is, therefore, a succinct summary of an immigrant’s experience. When you first move to a new country, whether it’s for work, education, or love, you’re part of no network. Starting from scratch, you’re a complete outsider, no longer of your old place and not yet of the new. The process of settling and acculturating in your new country is, in large part, a process of establishing social capital and community. That Putnam found social capital in the U.S. on the decline may make your journey difficult. But the journey you still must take.