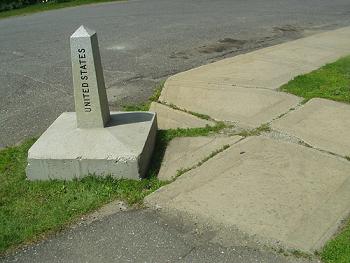 International Marriage and You

Most Central Europeans I know in the U.S. (“my generation”) have come or stayed because of love and its legal expression, marriage. In “Herr and Madame, Señor and Mrs”, the thrust of the argument is that even though they’re tricky to define and data are scarce, international marriages are on the rise because “they reflect—and result from—globalization”.

The U.S. accounts for one third of international marriages in the 25-39 age group, but due to the size of its population, only 4.6% of Americans, including my wife, were married to a foreigner in 2010, compared to 2.4% 40 years before.

Whereas in Asia, “people marry to migrate”, in America, “marriage tends to follow migration”. I may be a mix: I came to the U.S. to be with Lindsay, then we married to be able to stay together.

I may be an outlier also in that the new immigrants’ fertility rate is higher than average, though my delay in having children may have to do with extra education.

That was all I could glean from the article for American Robotnik, which left me pretty disappointed. The bulk of the article focused on Asia and Europe, where the data are best, and, in Asia’s case, where international marriage leads to various controversies.

In a 3-page article about a global trend any writer would be hard pressed to go very deep. But for a while now The Economist has been challenging me in this regard. “Herr and Madame, Señor and Mrs”, too, is predominantly descriptive. To say that an increase in international marriage is a product of globalization and likely to grow is, as arguments go, trivial.

Consequently, I’m taking it upon myself and American Robotnik to explore the issue deeper, particularly in the case of Central Europeans.

In “The magic of diasporas” and “Weaving the world together”, the Chinese and the Indians dominate the narrative by virtue of sheer numbers. The two articles draw their conclusions based on diaspora networks from the world’s two most populous countries. Diaspora networks—social networks comprised of a nation’s emigrants—speed the flow of information across borders, foster trust, and “create connections that help people with good ideas collaborate with each other”.

Europeans in America get no mention in the articles, or the fact that the articles’ main arguments may apply to them to a lesser degree. Completely unexplored is the role of cultural distance between the host and immigrant cultures in fostering diaspora networks. For Europeans, both Central and otherwise, it’s much easier to integrate in the host American culture simply because it’s much more familiar than it is for the Chinese or Indians (I think here of Jhumpa Lahiri’s character in “The Namesake”

, Ashima Ganguli, who mixes Rice Krispies with peanuts, onions, lemon juice, and chili peppers for a snack). The bigger the cultural distance between host and immigrant cultures, the more difficult the integration and the easier the keeping in touch with people back in the old country.

Another factor that’s left out is the historic depth of ethnic identity and the resulting history of emigration. The natives of China and India draw upon thousands of years of ethnic history, whereas most Central European nations are a product of the 19th century, though some, like Hungarians or Serbs do date back a few hundred years. Not only are immigrants from China and India more numerous, they’ve been around for ages, which, in turn, has led to a long history of social network cultivation.

Globalization has helped diaspora business networks grow the same way it’s helped international marriages proliferate. Whether you’re a Central European in America through marriage or through business, know that not only are you not alone, you’re also part of greater global trends.