There has been no significant movement toward federal immigration reform since a bipartisan effort died in 2007, blocked by conservative opposition. But it has been the subject of a fever of legislation at the state level, and it could become an issue in the 2012 presidential campaign. —In “Immigration and Emigration”, 1/19/2012 update, The New York Times 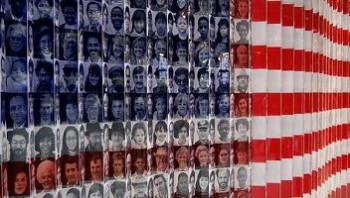 That is as succinct a summary as it gets of the current status of the immigration reform process in the U.S. We’re stalled, folks, but may be hitting another turbulence soon. Regardless of the reform’s progress (or lack thereof), it’s likely the focus will continue to be on curbing illegal immigration: keeping illegal immigrants out and deporting those that are already in.

Over the past five years, intensified law enforcement, improved border security, and the Great Recession have helped on both fronts, as fewer ‘illegals’ have been attempting to come in, more have been kicked out, and quite a few have even left on their own as their jobs disappeared (according to one estimate, the number of illegal immigrants in the U.S. fell from 12.5 million on 2007 to 11 million in 2010).

For a newcomer to a nation built on immigration, emotions that immigration (particularly “the brown kind” as I’ve heard a cynic say) arouses seem paradoxical. What’s more, while the immigration debate alternates between a simmer and a boil, few venture beyond its confines. In a recent New York Times op-ed piece, Dowell Myers stands out as an exception. His thesis is straightforward:

Put simply, we must shift from an immigration policy, with its emphasis on keeping newcomers out, to an immigrant policy, with an emphasis on encouraging migrants and their children to integrate into our social fabric. “Show me your papers” should be replaced with “Welcome to English class.”

Education and homeownership appear to be the principal factors in new immigrants’ decision to stay and desire to become Americans. Myers argues for boosting education and job-skills training budgets and programs to foster both assimilation and economic growth. Though Myers presents the two benefits as intertwined, for him the case for immigrant policy rests on economics:

Indeed, with millions of people retiring every year, America’s immigrants and their children are crucial to future economic growth… Thanks to our huge foreign-born population (12 percent of the total), America can remain the world’s richest and most powerful nation for decades. Shaping an immigrant policy that focuses on developing the talents of our migrants and their children is the surest way to realize this goal.

The argument that immigration is good for the economy isn’t new (The Economist has been promoting the view for years) and it isn’t without merit. But I’m more interested in how immigrant policy may impact America as a nation. New citizens tend to be the most passionate Americans: compared to the ‘natives’, we tend to put greater value on what makes our new country great and we don’t take those things for granted. Logic commands opening citizenship to more immigrants in order to inject patriotic enthusiasm into the ever-gloomy body politic.*