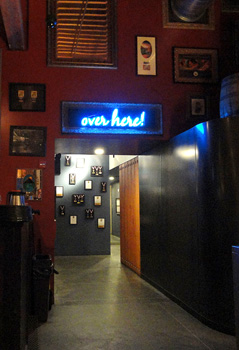 Last year’s final issue of The Economist featured an article exploring euphemisms—expressions that substitute neutral, ambiguous wording for a potentially uncomfortable one. The article “Making murder respectable” alludes to the experience every immigrant knows all too well as a cultural and language outsider.

American euphemisms are in a class of their own, principally because they seem to involve words that few would find offensive to start with, replaced by phrases that are meaninglessly ambiguous: bathroom tissue for [toilet] paper, dental appliances for false teeth, previously owned rather than used, wellness centres for hospitals.

[P]eople used to get old and die. Now they become first pre-elderly, then senior citizens and pass away in a terminal episode or after a a therapeutic misadventure. These bespeak a national yearning for perfection, bodily and otherwise.

Navigating the parallel language describing familiar objects or concepts can feel like walking through a minefield. Yet as the last sentence above suggests, interpretation can make the walk bearable. To know not just what euphemisms mean, but also why people use them and what their use signifies, is to understand your new country better.

A euphemism’s meaning is fairly easy to determine. The translation may emerge from the context of a conversation, or you may ask directly. “What is [blank]?” might just be the most frequently used phrase among both 4-year olds and immigrants. The other two questions are trickier.

The article offers a few insights as to the purpose of euphemisms, first when discussing British phrases:

This sort of code allows the speaker to express anger, contempt or outright disagreement without making the emotional investment to do so directly.

Euphemisms enable the speaker to say what he wants while maintaining distance from their subject. Euphemisms shine when covering taboo issues like sex, bodily functions, or death—topics best avoided in polite discussions. When they enter the territory of disinterested language, drained of its power, they can be dangerous.

Another insight into the purpose of euphemisms comes from George Orwell:

Orwell was right: euphemisms can be sneaky and coercive. They cloak a decision’s unpleasant results, as in “let go” for “fire”, or “right-sizing” for “mass sackings”. They make consequences sound less horrid—as, chillingly, in “collateral damage” for “dead civilians”.

The use of euphemisms for political ends is rampant in the U.S. Words help frame debates. The pro-choice vs. pro-life debate best demonstrates different uses of language to talk about the same thing. Another recent example is the Republicans’ use of “death tax” to oppose the “estate tax”. Political correctness offers an entire arsenal to all political sides to massage their messages and manipulate the masses. As Timothy McCormally has said in relation to tax policy, “Language is a weapon.”

To continue Orwell’s train of thought:

[J]argony polysyllabic euphemisms can quickly become an argot used by slippery-tongued, well-educated insiders to defend their privileges. With luck, the real word may fall into disuse and the humble outsider will feel intimidated by the floppy, opaque language that masks wrongdoing or shortcoming. How do you being to complain if you don’t know the lingo?

Jargon excludes in all spheres of life: if you don’t know the lingo of a group or a field, you’re unlikely to understand them and become part of them. Euphemisms make words into walls you have to climb not just to understand what’s being said but actively participate in the conversation.

This is especially the case if you’re learning a foreign language or, in the case of immigrants and transplants, live in a different culture. The words may be familiar but what they signify may not, as in the phrase I have used, “I understand the words but not the meaning.” Euphemisms constitute a major part in the acculturation treadmill. Strunk and White’s “The Elements of Style”

can help you avoid creating your own language traps, but you still have to live with the language around you. The best way to navigate the minefield is with a demining vehicle.

What the use of euphemisms signifies, why it’s important, and what are the effects of their use is a matter for Part 2.

One Response to “American Euphemisms and Evasive Thinking, Part 1”