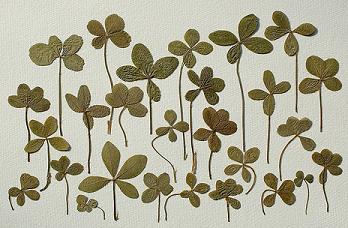 Every March 17th, St. Patrick’s Day commemorates Ireland’s patron saint and the arrival of Christianity to Ireland in 12th century. About 12% of U.S. population, or more than 36 million people, reported Irish ancestry in 2008; the Irish diaspora has had a significant influence on American culture. Similar to many other holidays, the U.S. culture machine has appropriated the holiday by stripping it of its strong religious connotations and reducing it into a set of symbols. The day’s narrative revolves around wearing or displaying color green and heavy drinking, including green-dyed beer. Many cities, particularly on the East Coast and in the Midwest, organize parades, stunts like coloring bodies of water green, and other festivities (Portland, Oregon, has the Shamrock Run).

Unlike other well-known culturally-specific holidays like Hanukkah, which only the Jews celebrate, or the Chinese Lunar New Year, St. Patrick’s Day has migrated from its nation-specific origin into the wider American culture. To the best of my knowledge, it’s the only popular holiday that celebrates the culture of another nation (though how much its popularity correlates with the license to drink remains up for debate).

Immigrants who retain their culture throughout their acculturation process commemorate and celebrate their ‘old’ holidays even as they adopt new ones into their mind map. The closest a Central/Eastern European can get to sharing his own culture’s holiday with natural-born Americans is the Old New Year; its notoriety, however, depends on the strength of Russian and other Orthodox immigrant populations and their members’ agility in organizing public celebrations.

Thus, when in America, the immigrant from the middle of Europe can do like the Americans do and re-define St. Patrick’s Day for himself as a holiday that, by celebrating one subset of immigrants, celebrates them all.