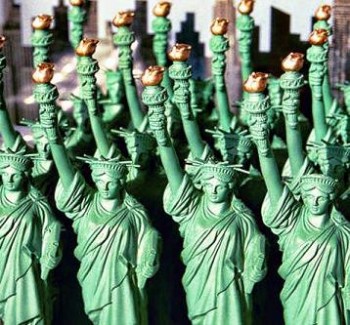 Civic limbo is an extreme case of the migration experience. Only a small fraction of Central European nationals vote from abroad and their share in electoral turnouts, and hence the impact on electoral outcomes in their home countries, is even smaller. If their votes carried greater influence, however, elections across Central Europe would turn out quite differently. That is a conclusion of a 2006 paper by Jan Fidrmuc and Orla Doyle, who examined the effect of migration on voting behavior.

Migrants encounter different cultural and social norms in their host countries. The exposure affects their own beliefs and attitudes, including in parliamentary elections. Fidrmuc and Doyle discovered “a considerable disagreement between the Czech home electorate and Czech voters living abroad” and that “the preferences of Poles living abroad different notably from the sentiments of their domestic counterparts.” Migrants accounted, respectively, only for 0.08% and 0.20% of total votes in the the 2002 Czech and 2001 Polish election, but had their votes been the deciding factor, each election would have yielded opposite results:

In both the Czech Republic and Poland, the election resulted in victories for leftwing parties. Czechs and Poles living abroad, however, overwhelmingly voted for rightwing (and in the case of Poland also religious-conservative) parties. Moreover, this disparity is mainly due to votes cast by migrants in Western Europe, North America and Australia.

Why is that? Fidrmuc and Doyle consider three possible explanations:

Fidrmuc and Doyle found that evidence for each hypothesis increases in the order listed above. The least favorable evidence existed for economic self-selection; political self-selection showed mixed evidence; and political re-socialization yielded the best results.

The authors conclude that “the effect is likely to occur even in countries that do not allow their nationals living abroad to vote.” More importantly, because a lot of migration is temporary and

[g]iven that migrants typically go from less developed to developed countries rather than the other way around, migration may thus help spread liberal norms and attitudes across countries.

Extrapolating this to the case of the U.S., welcoming immigrants from all over the world, and particularly from poorer countries, aids the dissemination of American values in the immigrants’ home countries. Open your doors, America, and the world will adapt the best that you can offer.