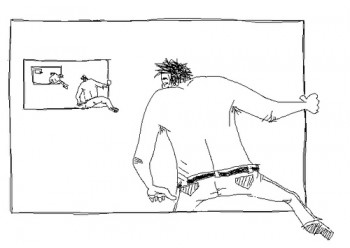 Richard Florida’s 2002 book "The Rise of the Creative Class"

, has become a landmark study on the ascendance and impact of creatives on the American economy. The Creative Class, a socioeconomic force comprising knowledge workers, artists, and creative professionals, drives economic development, innovation, and the growth of post-industrial cities.* Florida finds only mixed evidence on the impact of immigration on development and growth.

Immigrant, What Is He Good For?

Citing a plethora of sources, Florida first shows that not only has "[o]penness to entrepreneurial individuals from around the glove long been a hallmark of our nation," it is "the cornerstone of innovation and economic growth."

Simple logic suggests and numbers confirm that an increase in immigration indeed results in more growth: "The 2000 Census makes is abudantly clear that a large share of regional growth over the 1990’s was driven by immigration." Cities like New York, Chicago, Atlanta, Phoenix, as well as the Silicon Valley benefited from an influx of immigrants.

Population increases may be a crude indicator of growth, but other numbers provide additional evidence. To wit, Florida contends that "[t]hose who choose to leave their countries are predisposed to risk and can be thought of as ‘innovative outsiders,’" which makes them more entrepreneurial and innovative. For example, immigrants founded a third of Silicon Valley tech businesses in the 2nd half of the 1990’s.

In the current anti-(illegal)-immigration backlash, the resulting drive by many cities, both on the coasts, e.g. Philadelphia and inland, e.g. Minneapolis-St. Paul, to attract immigrants ("the new outsiders") may sound like from a long-gone era. But reasonable voices have increasingly been calling for encouraging skilled immigration.

The Evidence Is Absolutely Mixed

With such strong evidence, Florida doesn’t break down immigration by source countries, except to mention the natives of India as over-represented among high-tech startup founders. This certainly appears to be the case to a casual observer of the tech world.

As to the lack of correlation between immigration and innovation, I can think of two explanations. First, it’s possible that  the predisposition to risk that characterizes immigrants runs its course with the process of immigration itself. My own experience suggests that to leave one’s homeland and settle in a new country can be exhausting. At the end of the day, you just want to fit in, at least until you begin to feel at home. Even basic acculturation can take years.

More importantly, rather than national or ethnic diversity, it’s cognitive diversity, i.e. differences in individual views and experiences, that matters for things like innovation, strategic decision-making, knowledge creation in groups, and even the wisdom of crowds

In and of itself, being an immigrant matters much less for the economy than how the experience of immigration affects you and how you put it to use.

* Everything I’ve read over the past few years suggests that the forces Florida identified 10 years ago have intensified since the book’s publication.

Source: Richard Florida, "The Rise of the Creative Class: And How It’s Transforming Work, Leisure, Community, and Everyday Life"

3 Responses to “The New Outsiders”