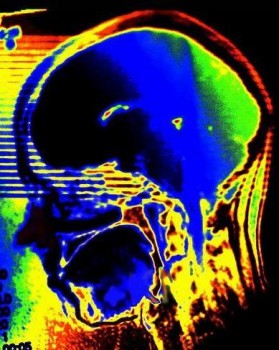 The title of the recent study, published in the journal Psychological Science summarizes why mastering foreign languages is good for you and the world: "The Foreign-Language Effect: Thinking in a Foreign Tongue Reduces Decision Biases." Only the abstract is accessible as of now, but even that reveals plenty (emphasis mine):

The natural human proclivity in decision-making is to avoid losses. In a classic experiment by Kahneman and Tversky, subjects were asked to choose between alternative courses of action. Two sets of options with identical outcomes were presented, the first in positive terms (lives), the other in negative terms (deaths). People tended to choose the safe-sounding option when it was presented in terms of gain and the risky-sounding option when it was presented in terms of loss—hence humans are considered risk-averse for gains and risk-seeking for losses. We just can’t stand to lose.

Now we know that the bias disappears when presented in a foreign language. Something happens in translation: it seems that when thinking in a foreign language your mind enters a more rational zone where it’s more capable of recognizing the underlying facts. You’re too biased in your native tongue.

Compare thinking in a foreign vs native language to visiting a foreign country vs. staying in your own. When you know your way around, you’re more comfortable and your brain makes cognitive and emotional shortcuts more easily. In a strange land, your biases or automated responses don’t work as well; you’re more careful, evaluate your environment constantly, and simply have to think more.

Until reading about this study I thought that the emotional distance I experience when using English only improves my freedom to cuss. English curse words don’t mean the same or have the same effect on me as curses in Slovak, so I utter them more easily (too easily, I’m afraid). Now I know that thinking in English may have improved my decision-making. I’d never say I have only made good decisions over the years of thinking in English. But I’m comforted by the notion that my decisions may have been worse had I been thinking in Slovak.

Immigration to the U.S. from Central Europe (anywhere non-English speaking, really) inevitably comes with having to think in a foreign language. How great to know it has a hidden positive side effect.