Shifting from Homesickness to Nostalgia 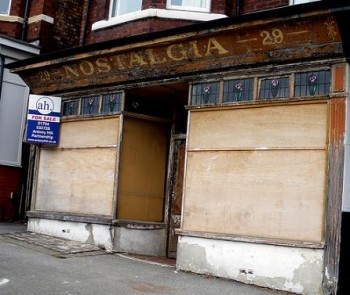 Even after they decided to stay stateside, a significant portion of immigrants continued to want to return. The longer they stayed, the more difficult the return. Matt writes,

Immigrants, therefore, now longed not only for a place but also for a time. Homesickness gave way to nostalgia as immigrants “realized that true return was impossible.” So they returned to the United States, feeling that’s where the true home was.*

Those that returned and stayed felt ashamed about their homesickness and embarrassed at having failed to make it in America. Repatriated immigrants also found it hard to fit back in. They had become accustomed to another standard of living in the U.S. Many imported appliances, foodstuffs, or plants. Others tried to recreate some of the culture by establishing American clubs.

You Can Never Go Home Again

Travels between the old and new homes taught immigrants that “they could not really go home again The home they remembered no longer existed; it had changed and so had they.”

The emergence of nostalgia was one part of the experience. Once they were able to go back to the place they were homesick for, “they realized that what they yearned for was a lost era.”

The other aspect of return was placelessness:

The “sense of not quite being a native of anywhere” became a norm for all Americans, not just immigrants. Being unable to go home again, immigrants

developed new ways of coping with homesickness. Faced with feelings of not being at home anywhere, they tried to make everywhere home. They maintained ties with their families and native lands, moved back and forth between Old World and New, and imported reminders of their homelands to the United States and mementos of the United States to their homelands.

4 Responses to “Homesickness and the Dream of Return: The Problem With Going Home”