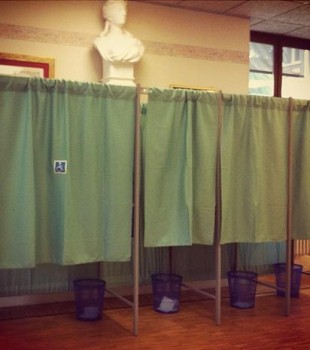 The June 2nd print issue of The Economist contained the article “Returning officers,” that provided an update for my exploration of voting abroad. More and more European countries are allowing and making it easier for their nationals who live abroad to vote in their country of adoption.

Migrant-sending countries mostly cherish their diasporas. They hope wealthy and influential emigrants will do good at home. Providing parliamentary seats for compatriots abroad may rekindle loyalties.

In an interesting twist on the issue, some countries, including Croatia, designate parliamentary seats specifically for their expatriates. Governments recognize their nationals migrate, and they want to keep the emigrants close in as many ways as possible. For their part, migrants demand it.

However, only fractions of expats from anywhere tend to vote in their home country’s election. The Economist writer makes his own conclusion about it: some emigrants repudiate their home countries. That may be true, but, based on my own experience, I believe a bigger reason is salience. It’s not that the emigrant doesn’t care about his home country, he cares less about its politics than if he still lived there. The need to affect the affairs of the place he left and no longer resides in provides a weak pull on electoral participation. The longer the emigration, the less intense the need to vote in the home country.

What do you think?