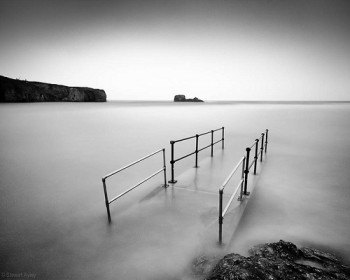 According to Salman Akhtar, writing in “Immigration and Identity: Turmoil, Treatment, and Transformation,” anxiety resulting from the culture shock and mourning over the losses inherent in immigration “cause a serious shake-up of the individual’s identity. A state of psychic flux ensues and a growing sensation of discontinuity of identity emerges.”

As background to the issues involved in identity transformation following immigration, Akhtar provides a helpful psychoanalytical overview of identity formation. I’ll attempt to extract non-technical meaning out of the narrative.

From Love or Hate to Ambivalence

The drastic change in his external environment taxes the ego’s adaptive capacities. Regardless of the specific forms it takes, the cultural change consequent upon immigration is bound to test ego resilience both from the outside and from the forces unleashed within.

As an immigrant you become disoriented and confused: What and how to feel about the home and host countries and your place within them? How to distinguish the new reality from the old one? The old self from the new?

“One day the country of origin is idealized and the country of adoption devalued. Next day, it is the reverse.” National and ethnic self-representation suffers a similar treatment. Hatred toward either the old or the new country and self is often a defense against guilt.

Gradually, however, the conflict between the two self-representations results in a peace of sorts as they merge into a hyphenated or hybrid identity.

From Near or Far to Optimal Distance

At the external level, the immigrant has to rediscover the acceptable limits of interpersonal space. The extent of physical contact, spatial proximity, and psychological intimacy becomes a matter of renewed psychosocial negotiation and practice.

On the larger scale, you find yourself too far from your country of origin and your ego loses the support of the familiar environment, climate, and landscape—”all unconsciously perceived as extensions of the mother.”

Consequently, you begin fantasizing about returning home. You also bridge the distance by traveling back home and bringing back artifacts from there. Listening to your native music, eating native foods, and seeking your compatriots in the new country bring the “too far” nearer.

On the internal level, you fluctuate between the old self-representation as a native of your home country and the new one as a resident of the host country.

If you fail to negotiate between the two, you can experience either “ethnocentric withdrawal,” which involves “clinging to an idealized view of [your] earlier culture,” or counterphobic assimilation, in which you renounce your original culture. Alternatively, you can live “a life lived in pieces,” alternating between the two extremes in different areas and phases of your life.

A well-adapted identity mends the “too far” with “too close” if the new environment provides both psychological sustenance and ways to contain aggression. You become more comfortable with your origin among your new peers, you ‘refuel’ through contacts with ‘home-home.’ Having children in the new country provides a further boon to establishing optimal distance.

* I’m experiencing this distance-bridging at the time of writing.