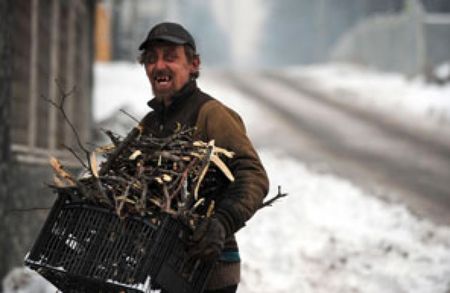 Ducks spread a waxy coating on their feathers during preening that ensures their underlayer remains dry at all times. Likewise, you the immigrant can build a wall around yourself that bars any stereotypes from harming you.

A grad school friend who was from Germany told me that most common statements Central and Eastern Europeans attending Central European University said about him were a variation of, “I don’t like Germans, but I like you,” and “Germans are like X, Y, and Z but you are different.” My German friend defied stereotypes his schoolmates held about Germans.

Defiance is simple: take the stereotypes people hold about your nationality, ethnicity, or the entire region you’re from and act unlike, or, even better, completely opposite, any of them. As a Central/Eastern European you may do some of this:

In other words, make them say, “All Eastern Europeans are like X, Y, and Z, but not you, you are different.”

Overall, however, defiance can greatly help your struggle to overturn stereotypes about you. Each instance that defies a stereotype adds a little to the mass of other people’s experiences that offsets the weight of those stereotypes. Just like your immigration itself, stereotype defiance is for the long haul.

An American saying goes, “If you can’t beat them, join them.” The amplification strategy turns stereotypes against themselves. Like an enlarging mirror that makes a gaunt man into a morbidly obese monster in a carnival house of mirrors, amplification blows up the stereotype and turns it back on the person holding it.

Amplification can be the most fun of the stereotype-fighting strategies. Wearing a furry hat, drinking vodka, and chain smoking can earn you new friends fast. Speaking with a heavy accent on purpose or cracking jokes from communism or about Eastern Europeans, too, can generate interesting word-of-mouth. I don’t advise becoming a gangster.

A variation of the amplification strategy is to simply point out the stereotype in question. Better yet, turn it into a joke or sarcastic remark (my preferred route). Anything that puts a spotlight on the stereotype helps.

For example, a Facebook friend with Czech ancestry wrote:

[A]bout three or four years ago I attended a seminar about fraud. The speaker repeatedly referenced perpetrators of fraud as people operating out of Eastern Europe with accents. I let the sponsors know that could hurt me with my Slavic sounding last name and allergy induced “accent”, could offend some of customers who are Slavic etc. The next time I attended the seminar most of those references were gone.

Or, as Daniel Tilles pointed out in his letter to the editor of The Economist in response to the publication of the above photograph:

Given your newspaper’s determination to accompany any article on social or political affairs in eastern Europe with a photograph of the apparently ubiquitous old lady with a shawl wrapped over her head, I was delighted to find that your recent piece on the gas crisis in the region (“Gasping for gas”, January 17, 2009) carried a picture representative of another important demographic group: the dentally challenged villager. My excitement was short-lived, however, as just a week later it was back to the well-wrapped old lady (“To the barricades”, January 24, 2009). One gets the impression from your coverage of elections that every polling station east of the Danube is populated solely by such characters.

To avoid creating any misleading stereotypes, may I suggest that you widen your range of imagery to better represent east Europeans. Roma using horse-drawn carts on main roads, elderly veterans in Soviet-style uniforms and furry hats and vodka-soaked vagrants would broaden the picture.

What strategies have you used to combat stereotypes?

Photo by The Economist

2 Responses to “Stereotypes: How to Combat Negative Perceptions”