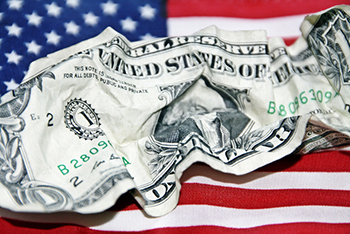 When I travel one of the first things I look up about a country is restaurant tipping customs and etiquette. This wasn’t the case when I came to the U.S. 11 years ago, chiefly because I didn’t have the money to go out much, not to mention tip. After returning from the yearlong round-the-world trip and changing my tipping habits (and currencies) every few weeks, I was reintroduced to tipping in America with something close to a jolt.

In my native Slovakia tipping isn’t a strict social norm or generally accepted expectation. Based on my experience during repeat visits I doubt the custom has changed much since I left, 13 years ago: Slovaks round up, plain and simple (reading around the interwebs I see recommendations for 10% tips, which is news to me). What we round up to depends on satisfaction with food and service, but as a matter of course, Slovaks are tightwads. For good reasons.

On my visit to Slovakia in 2005 or so, just a couple of years into tipping in the U.S., I left a generous tip on the table at a restaurant where my friends and I enjoyed a few drinks. The tip amounted to 75 cents or some 10% of the total bill. One of my friends snatched the bank note off the table and handed it to me, saying, “Are you crazy? You’ll ruin it for the rest of us.” What she meant was, a generous tip from someone with a Western-level wage—I was barely making the Oregon minimum wage then, sky-high for Slovakia—would raise the serving staff’s expectations for tip amounts, thus reducing the quality of service for the locals. This was the end of my tipping generously in Slovakia. (Americans would argue low tips are the chief cause of smile-less service in my country, but that’s just a culturally-determined guess.) 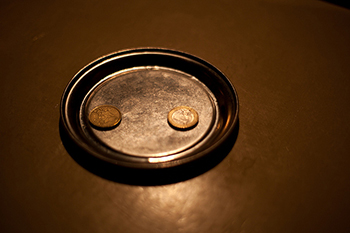 When I was a kid my family never went out to eat in restaurants. My parents never had enough money to go out all four of us and besides, there wasn’t that much choice in socialist Czechoslovakia. Even after 1989, my family preferred a home-cooked meal. To this day, when I go with my parents to a restaurant, even if I’m paying, my parents choose the cheapest items and tip by rounding up to the nearest euro or, for larger bills, five.

Slovaks don’t tip much because they don’t have much to spend to begin with (average monthly wage by purchasing power parity is $1,385, whereas the U.S. is at $3,263) and what little they earn with their hard work, they wish to spend frugally. Too, wait staff are guaranteed at least the minimum wage. Another argument I heard is egalitarian: all of my income is taxed so why put untaxed cash in the server’s pocket? And we’re also selfish: why should a waiter get tips when I don’t? (Slovaks are good at finding excuses not to do something, but that’s a whole different story.)

America, the Land of the Tipping

Ingrained tipping habits were part of the cultural baggage I brought from Slovakia (and Europe) with me to the U.S. Imagine my shock when Lindsay informed me that 20% is the tipping norm in the U.S. I could not believe I was expected to part with an extra one fifth of the total bill. Tipping in America is expensive!, I thought. Little did I know the U.S. is a top tipping country in the world.

All the handy guides to tipping in the U.S. (see BBC America, Emily Post Institute, TripAdvisor, and U.S. News & World Report) say a tip of 15 to 20% is expected at dining establishments of all kinds. The way the cash is forked over varies depending on where you eat/drink. It seems like forever ago but I had to learn all of this from scratch. 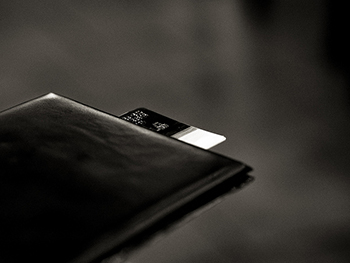 At most full-service, sit-down restaurants, the server brings you the check in a black guest check folder (some restaurants replace the ordinary folder with a special tray, box, or basket). Less formal establishment with table service may just put the check on your table.

If you pay cash, you just put the money in the folder and hand it over to the waiter. If the amount of your cash exceeds that of your bill, you ask the server for change, tell her how much to bring back, or advise her to keep the change. If you receive any money back, you leave the tip in the folder and hand it back to the server, especially at outdoor, streeside tables, or leave the folder on the table. In less formal places you leave the cash tip on the table (I like to weigh it down with a glass).

If you pay with a credit card (your debit card is run as a credit card), you put the card in a little slot in the folder and hand it to the server or let her pick it up from the table. The credit card slip she brings back first shows the total, then there’s the TIP line, and finally the TOTAL including the two amounts. Some slips include sample tip amounts, with the percentage and amount calculated for your tipping convenience. You write in the amount of your tip, add it up, and leave the folder on the table. If you prefer to pay the tip with cash, you just write “Cash” on the tip line and leave the money in the folder.

The ritual became second nature after a while. The irony, however, is never lost on me: the black folder concealing its contents, the total bill amount and the subsequent tip, suggests discretion and secrecy, while out in the open hangs the social expectation for the 20%. It’s a dance, and sometimes I step on the girl’s foot. 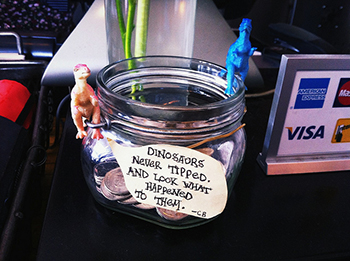 Dining and drinking establishments with counter service presented an even greater challenge for me than the ritualistic sacrifice at sit-down places. Where the expectation for a flat 20% tip baffled me, tipping where I had to serve myself (bring the food/beverage to my table and bus it all at the end) seemed like complete nonsense. What exactly is the tip for?

Cash tipping at counter-service establishments like coffee shops or delis is done by way of tip jars. This is a vessel placed near the cash register where the customer is encouraged to place his tip. Tip jars typically have a sign identifying them as such; many staff get creative with their tip jar signage to motivate greater generosity (see some funny examples here, here, and here). After you get your change, you place the desired tip amount in the jar. The smart baristas make sure the tip jar always contains some money; there are few sadder sounds than that of your change hitting the bottom of an empty tip jar.

If you pay by credit card, you get the tip line again. However, because the cashier/barista/server is facing you while you fill out the tip and total lines and there are people behind you waiting to be served, the pressure is much greater than when you are at a table.

Since the advent of the iPad, many counter-service joints use the tablet to manage their billing. The barista punches in the numbers, turns the tablet toward you and you either select your tip from the options on offer (various percentages accompanied by auto-calculated amounts) or type it in using the keypad. This is the most painless, detached way to tip.

More on that and the challenges I dealt with when tipping in America in Part 2.