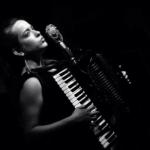 Willo Sertain is the founder and accordionist of Macaulay Balkan, the latest addition to Portland’s Balkan music scene, which had been, according to one active member, in need of new blood. Having seen Macaulay Balkan’s first three shows, part of the monthly Balkan Night at Atlantis Lounge/Mississippi Pizza, I can attest not only that they’re coming into their own as a band but that they’re making a difference. I chatted with Willo about her fascination with Balkan music. American Robotnik: Where does your passion for Balkan music come from? […] Continue reading > 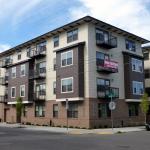 Last July, when I returned from 13 months of traveling to Portland, Oregon, I found my adopted home town a different place than I had left. The place was overrun with newcomers clogging surface roads with traffic and filling vacancies in condominium buildings that had sprouted like mushrooms in desirable areas. The neighborhood bar, aptly called The Standard, I enjoyed for its divey, black-clad vibe now also saw pastel polo shirts and bachelorette parties crowding the tables. The list goes on. Change, of course, is a natural facet of […] Continue reading >

Nostalgia is not merely a matter of regret for lost times; it is also a pining for lost places, for places we have once been in yet can no longer reenter. —Edward Casey in Getting Back into Place: Toward a Renewed Understanding of the Place-World

Every migrant knows in his heart of hearts that it is impossible to return. Even if he is physically able to return, he does not truly return, because he himself has been so deeply changed by his emigration. It is equally impossible to return to that historical state in which every village was the center of the world. The one hope of recreating a center now is to make it the entire earth. —John Berger in And Our Faces, My Heart, Brief as Photos

After encountering several important differences in the basic aspects of American life—think inches and gallons—I found it reassuring that the hour here has sixty minutes, the day twenty-four hours, and the week seven days. Then I found the American week starts on Sunday. Being the first day after the weekend, my week has always started on Monday. There’s a reason for Saturday and Sunday being called the weekend; as the week’s final day, Sunday is reserved for rest before another work week. In my Slovak mind, the sequence of […] Continue reading >

The people thrown into other cultures go through something of the anguish of the butterfly, whose body must disintegrate and reform more than once in its life cycle. —Rebecca Solnit, “The Blue of Distance II,” in: A Field Guide to Getting Lost

From Around the Web “Conservatives Are Driving Americans Away from Religion” by Claude S. Fischer, Boston Review, October 15, 2014 — Self-explanatory. “The Death of Adulthood in American Culture” by A.O. Scott, The New York Times Magazine, September 11, 2014 — “[I]n doing away with patriarchal authority, we have also, perhaps unwittingly, killed off all the grown-ups.” “9 Reasons We Should Abolish Tipping, Once And For All” by Hunter Stuart, Huffington Post, October 17, 2014 — A follow-up to my two-part post on tipping. “Think There’s a Lot of […] Continue reading >

A case could be made that they would have been better off melting into the landscape as no doubt many now forgotten did, adopting native tongues, stories, places to love, ceasing to be exiles by ceasing to remember the country they were exiled from so that they could wholly embrace the country they were in. Only by losing that past would they lose the condition of exile, for the place they were exiled from no longer existed, and they were no longer the people who had left it. —Rebecca […] Continue reading >

In the United States citizenship and nationality are one and the same thing. You are automatically American if you are born on the U.S. territory or if you are born to American parents anywhere. You can also become American by reciting the oath of allegiance during a naturalization ceremony. As an immigrant, you can be born to parents of any nationality, anywhere in the world, and speak any language, but if you meet the formal requirements of citizenship, including publicly declaring the subscription to a set of ideas, enshrined […] Continue reading >

Can one be a foreigner and happy? The foreigner intimates a new idea of happiness. Between flight and origin: a fragile limit, a provisory homeostasis… The strange happiness of the foreigner is to maintain this eternal flight or this perpetual transience. —Julia Kristeva

This blog post is part of a series of essays by writers and other artists about the influence of Twin Peaks on their work. Writer Shya Scanlon is collecting the essays in the Twin Peaks Project. *** Nostalgia is the immigrant’s permanent condition. Faced with the uncertainty of the unfamiliar present, not to mention the unknowable future, he turns to what he knows: his own past. Perhaps it was just a natural extension of the nostalgic condition when a couple of years ago I set out to write a […] Continue reading >

Earlier this year I submitted a personal essay to Oregon Quarterly magazine’s 2014 / 15th Annual Northwest Perspectives Essay Contest. The look back at my immigration experience shortly after coming to the U.S. won first prize. You can read the original in the Summer 2014 print issue of Oregon Quarterly or online here. I reprint the essay here with permission of the magazine’s editor, Ann Wiens, and at the end I include two reader responses. A Demolition 7:41 a.m. I park Sam’s old Ford pickup on the near side […] Continue reading >

Memory is potent…for almost any immigrant. As you scramble to piece together your future in an unknown environment, you only have the past and its customs to guide you. But the past and its customs are increasingly murky and useless. Faced with an unknown future, we retreat to the past for its safety. An inability to assimilate to their new homes—to abandon memories, language, traditions is the charge most often lobbed at immigrant communities. For immigrants, solitude and the trap of memory are central conditions. If our memories are […] Continue reading >

From Around the Web The American Dream “The American Dream Is an Illusion: Immigration and Inequality” by Gregory Clark, Foreign Affairs, August 26, 2014 – “Immigration to the United States rarely changes one’s social status.” “‘American dream; is now a myth: How bad policies and worse ideology ruined us” by Heather Digby Parton, Salon, September 26, 2014 Children “The Shortening Leash” by Jessica Grose and Hanna Rosin, Slate, August 6, 2014 – “Kids today have a lot less freedom than their parents did.” Immigration Economics “The domestic economic impacts […] Continue reading >