It was the fate of [Eastern European] borderland nations always to know yourself through the stories of others, to realize yourself only with the help of others. —Anne Applebaum in “Between East and West: Across the Borderlands of Europe”

In a certain sense I can consider myself a typical Eastern European. It seems to be true that his differentia specifica can be boiled down to a lack of form—both inner and outer. His good qualities—intellectual avidity, fervor in discussion, a sense of irony, freshness of feeling, spacial (or geographical) fantasy—derive from a basic weakness: he always remains an adolescent, governed by a sudden ebb or flow of inner chaos. Form is achieved in stable societies. My own case is enough to verify how much of an effort it […] Continue reading > 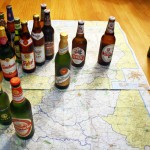 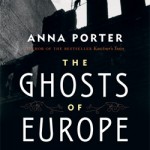 Anna Porter’s The Ghosts of Europe explores the state of affairs in Poland, Czech Republic, Slovakia, and Hungary, 20 years after the end of state socialism. In each country she discovers that the historical triumphs and, more frequently, traumas remain far from being settled history. Two decades of free speech and free market may actually have intensified the debates among competing versions of history. To paraphrase Jan Gross, whom Porter quotes, “In order to reclaim its past, [insert Central European country’s name here] will have to tell its past anew.” […] Continue reading >

If I want to show what a man who comes from the East of Europe is like, what can I do but tell about myself?” —Czesz?aw Mi?osz in “Native Realm: A Search for Self-Definition”

Articles and Blog Posts  "Paved but Still Alive" by Michael Kimmelman, New York Times, January 6, 2012 – How to take parking lots seriously as public spaces. "The US schools with their own police" by Chris McGreal, The Guardian, January 9, 2012 – Kids’ bad behavior gets increasingly criminalized; Foucault is laughing in his grave. "Five Things the Census Revealed About America in 2011" by Brookings, January 17, 2012 "The Caging of America" by Adam Gopnik, The New Yorker, January 30, 2012 – “Why do we lock up so many people?” […] Continue reading > 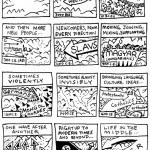 This is a guest post by Marek Bennett, the creative genius behind —Coffee+Dumplings+Komiks—, a travel comics from Slovakia. The comic originally appeared on Marek’s blog on January 25, 2012, under the title “Juxtaposition 3: Life in the Middle”. Below the comic, Marek remarked, “Sometimes it feels like cartography and history are forms of cartooning.” Marek kindly allowed me to repost the comic here as a preview of my upcoming series about Central Europe. Enjoy! 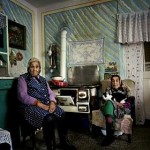 Portland’s Blue Sky Gallery has been on my radar screen since I discovered that it occasionally features photographs from Central/Eastern Europe. Over the past few years, I’ve seen, for example, Julie Denesha’s “Outcasts of Slovakia” (June 2009), Evžen Sobek’s “Life in Blue” (Czech Republic, May 2011), and Dana Popa’s “not Natasha” (Romania/Moldova, October 2011). Showing at Blue Sky Gallery in December, Joakim Eskildsen’s “The Roma Journeys” takes up where Julie Denesha left off. “The Roma Journeys” at Blue Sky is a selection from more than 300 images Joakim Eskildsen compiled on his travels through […] Continue reading > 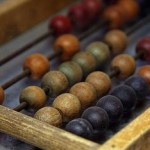