Recall Lukács’s phrase ‘transcendental homelessness’. What I have been describing, both in my own life and in the lives of others, is more like secular homelessness. It cannot claim the theological prestige of the transcendent. Perhaps it is not even homelessness; homelooseness (with an admixture of loss) might be the necessary (hideous) neologism: in which the ties that might bind one to Home have been loosened, perhaps happily, perhaps unhappily, perhaps permanently, perhaps only temporarily. Clearly, this secular homelessness overlaps, at times, with the more established categories of emigration, […] Continue reading >

Imagination, always spatial, points north, south, east, and west of some central, privileged place, which is probably a village from one’s childhood or native region. As long as a writer lives in his country, the privileged place, by centrifugally enlarging itself, becomes more or less identified with his country as a whole. Exile displaces that center or rather creates two centers. Imagination relates everything in one’s surroundings to “over there”—in my case, somewhere on the European continent. It even continues to designate the four cardinal points, as if I […] Continue reading > 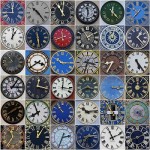 This post completes the overview of Salman Akthtar’s “Immigration and Identity: Turmoil, Treatment, and Transformation.” Part 1 tackled factors affecting the immigration experience; Part 2 dealt with the first two dimensions of identity transformation following immigration.  From Yesterday or Tomorrow to Today The pain of separation from home results in an idealization of your pre-immigration past, centering more on memories of places than of people. Immigration disrupts the connectedness of time while “the past continues to exert time dominance.” Like an emotionally deprived child with but one toy, the immigrant clings […] Continue reading >

I am two. One looks back, the other turns to the sea. The nape of my neck seethes with good-byes and my breast with yearning. —Gabriela Mistral in Salman Akhtar, “Immigration and Identity: Turmoil, Treatment, and Transformation” 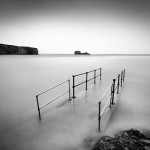 According to Salman Akhtar, writing in “Immigration and Identity: Turmoil, Treatment, and Transformation,” anxiety resulting from the culture shock and mourning over the losses inherent in immigration “cause a serious shake-up of the individual’s identity. A state of psychic flux ensues and a growing sensation of discontinuity of identity emerges.” The resulting identity change has four dimensions: Drives and affects: from love or hate to ambivalence Interpersonal and psychic space: from near or far to optimal distance Temporality: from yesterday or tomorrow to today Social affiliations and mutuality: from yours or […] Continue reading >

Some emigrants are homesick. Others are sick of home. —The Economist 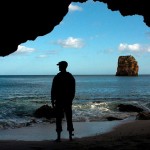 Salman Akhtar’s “Immigration and Identity: Turmoil, Treatment, and Transformation” has shed a lot of light for me on the psychological experience of immigration. The book takes a psychoanalytical look at the effects of immigration on individual identity. The most useful parts deal with factors and process of identity transformation. Part 1 of this overview will tackle the “psychosocial variables associated with immigration.” Immigration from one country to another is a complex psychosocial process with significant and lasting effects on an individual’s identity. Leaving one’s country involves profound losses. However, alongside […] Continue reading > 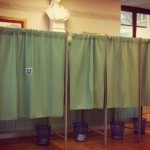 “My homeland,” says the guest, “no longer exists. My homeland was Poland, Vienna, this house, the barracks in the city, Galicia, and Chopin. What’s left? Whatever mysterious substance held it all together no longer works. Everything’s come apart. My homeland was a feeling, and that feeling was mortally wounded. When that happens, the only thing to do is go away.” —Konrad, a character in Sándor Márai’s novel “Embers” (1940) 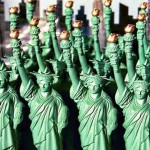 Civic limbo is an extreme case of the migration experience. Only a small fraction of Central European nationals vote from abroad and their share in electoral turnouts, and hence the impact on electoral outcomes in their home countries, is even smaller. If their votes carried greater influence, however, elections across Central Europe would turn out quite differently. That is a conclusion of a 2006 paper by Jan Fidrmuc and Orla Doyle, who examined the effect of migration on voting behavior. Migrants encounter different cultural and social norms in their host countries. The exposure […] Continue reading > 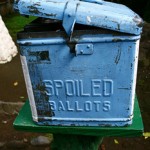 The upcoming early parliamentary election in Slovakia reminded me of a different sort of neither-here-nor-there handicap new immigrants experience: I call it the civic limbo. Until mid-2000’s you had to be present on the territory of Slovakia, Czech Republic, Hungary, and Poland to vote.* If you had moved to the United States, you were unable to vote in your old country’s elections and, as a non-citizen, not yet allowed to vote in your new one’s. You were left out of the democratic process anywhere. True enough, to the extent […] Continue reading > 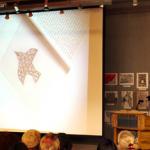