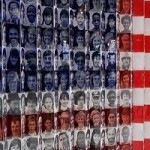 There has been no significant movement toward federal immigration reform since a bipartisan effort died in 2007, blocked by conservative opposition. But it has been the subject of a fever of legislation at the state level, and it could become an issue in the 2012 presidential campaign. —In “Immigration and Emigration”, 1/19/2012 update, The New York Times That is as succinct a summary as it gets of the current status of the immigration reform process in the U.S. We’re stalled, folks, but may be hitting another turbulence soon. Regardless of the reform’s […] Continue reading >